Jodo Shinshu Buddhism is a distinctly Japanese denomination of Buddhism. Its founder, Shinran Shonin (1173-1262), was revolutionary in his focus on making Buddhism available to all people. Prior to that, in Japan, Buddhism was largely reserved for the highly-educated elite. Jodo Shinshu teaches that the insights of the Dharma (teachings of truth) are accessible to everyone.

Buddhism is a way of life taught by Siddhartha Gautama, who was born more than 2,500 year ago in northern India . After years of searching and meditation, Siddhartha, a human being, attained enlightenment and was called Buddha, the “Awakened One.”

Buddhism is a religion, a psychology, a philosophy, and a way of life. 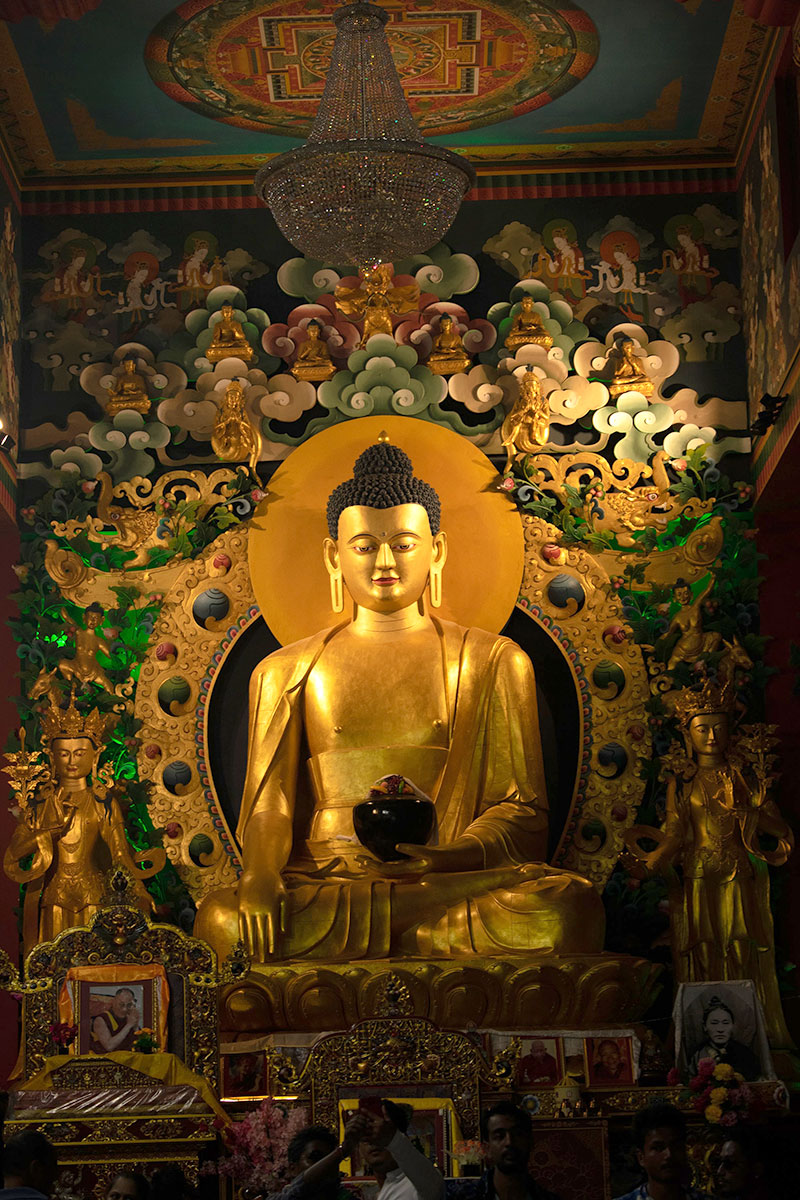 What did Buddha teach?

The historical Buddha is considered a teacher, not a deity. He shared the way to enlightenment through his teachings. He first taught the four noble truths. They are:

The Eightfold Path is the practice of:

What are Buddhist views? 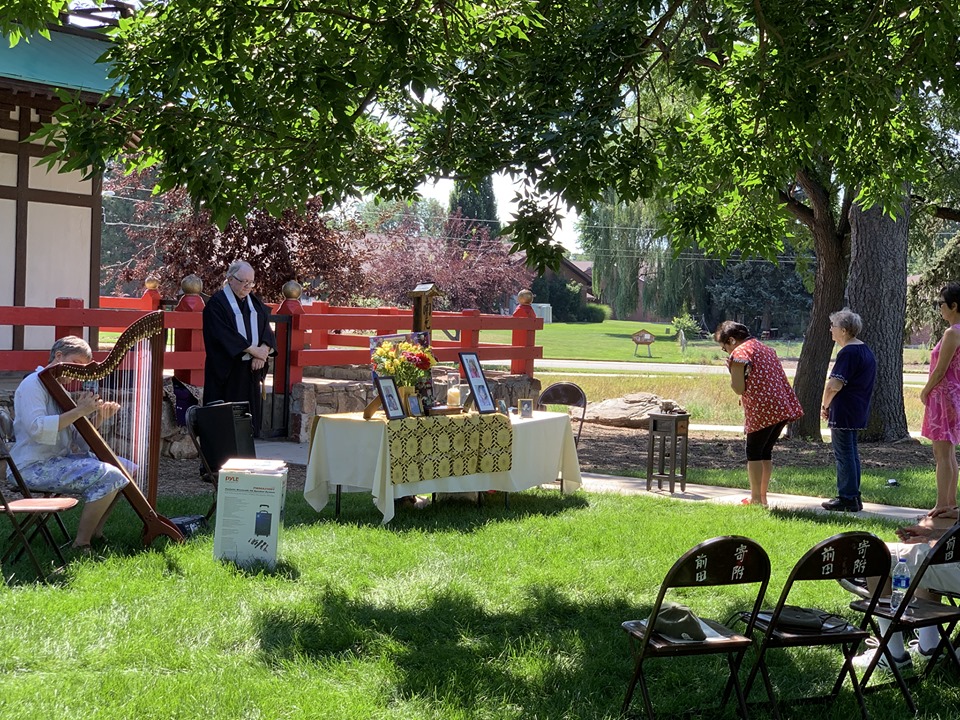 What are Buddhist symbols?

A wheel with eight spokes is an international symbol for Buddhism and its eightfold path. It represents life as always revolving around truth, never stopping, always changing.

Buddhist statues are symbols of the highest ideals of perfect wisdom and compassion. The statues are not idols to be worshiped.

Incense is used in many Buddhist rituals because of its ability to become fragrance transcending its shape and form. As such, incense symbolizes the transcending of selfishness or ego to become one with all others.

Flowers symbolize the teaching of impermanence. They are beautiful in the morning but fade in the heat of day. All things change, including life itself, and should be fully appreciated in the ‘eternal now’

Candlelight is a symbol of wisdom, the light through which we understand truth.

Placing hands together in front of the heart symbolizes the unity of oneself with the Buddha and is done to indicate gratitude and respect. At Shin Temples it is called gassho.

A nenju (circle of beads) is used to remind us to think upon the teachings of Infinite Light and Infinite Life. They are strung in a circle as symbols of oneness and harmony.

Wisteria – The symbol used by Jodo Shinshu Buddhist Temples is a hanging wisteria. The double Wisteria Crest is the official crest of the Jodo Shinshu Hongwanji-ha sect of Buddhism. Two Wisteria flowers form a circle with two intertwining vines in the center. These represent humility and a welcoming heart-mind. The Wisteria flowers are symbolic of brightness and the transitory nature of life and all things. In the Jodo Shinshu tradition they are seen as blooming with their heads hanging down symbolizing humble reverence for Amida Buddha.

What are some Buddhist thoughts?

Buddhism encourages us to think upon and even seek truth.

Buddhism asks us to be present in the eternal now. Buddhism encourages us to awaken to all that is – as is by seeking enlightenment.

Buddhism places an emphasis on universal life the interconnections of all things and all life rather than an individual soul.

As such, Buddhists view heaven and hell as conditions of life created by us here and now, not dwelling places reserved for after death.

Sin is not a Buddhist concept. Instead the three poisons are anger, greed and ignorance which can be overcome through wisdom.

Buddhism teaches the way of Oneness – a non-dualistic view of life and the world.

Shinran shared the basics of Buddhism with everyday people and used the practice of chanting as a way to connect to the meaning of the teachings as well as the Ultimate. His focus was on sharing the teachings found in three sutras (written records of the Buddha’s talks). The Jodo Shinshu school of Buddhism continues to stress these today.

The Nembutsu practice takes the form of chanting Na-mo-Ami-da-Bu-tsu. Namo means “I entrust.” Ami-da is a combination of two Sanskrit terms meaning Infinite Light and Infinite Life. Butsu is a Japanese version of the word for Buddha – or awakened one, one who is awake to all that is — the ultimate and conventional.

Shin Buddhism asks people like you and me to open our hearts and minds to the “light” or the wisdom that is always present. It also asks us to open our hearts and minds to “life”, the compassion, rushing at at all times in our lives. For example, we may experience such wisdom-compassion in the form of strangers helping us by holding a door open for us, helping us find our way when we are lost, etc.

Shin Buddhism teaches that the simple practice of walking in the world with an open heart and mind is our guide. It shows us how connecting, even in the most difficult of times, to perfect peace is as close as our own beating heart.

Therefore, the Longmont Temple attempts to be a welcoming place that supports individuals on their spiritual journey and connects them to the Ultimate Reality to be found in everyday life.

Links to other Jodo Shinshu Temples

Links to other Jodo Shinshu Temples